Downloads available at 12am March 28

First and foremost, we at Backwoodz hope this message finds you safe and healthy. It’s a pretty crazy time for all of us. We are currently still operational despite the crisis but everything is moving much slower. We have gotten many pre-orders out already ahead of the release date, but we are currently operating at about 25% efficiency as we are working alone and out of office. If you have received your tracking, it’s on the way (make sure you check your spam for emails from Backwoodz Studioz, especially if you have Gmail). We will get every one of these records out, we are just asking that you bear with us during this crisis. We appreciate your support more than you know!

Kenny Segal and billy woods’ Hiding Places 2xLP drops today, replete with original artwork and never-before-available instrumentals. We didn’t plan on it dropping in the midst of a global pandemic, but as we crouch alone in our spider-holes in an eerily empty New York City, the irony is not lost on us. If there was ever a record made for these times, this is the one…or maybe it’s Terror Management. Either way, if this prescience keeps up, this next billy woods album needs to be about world peace and the successful passage of universal healthcare. 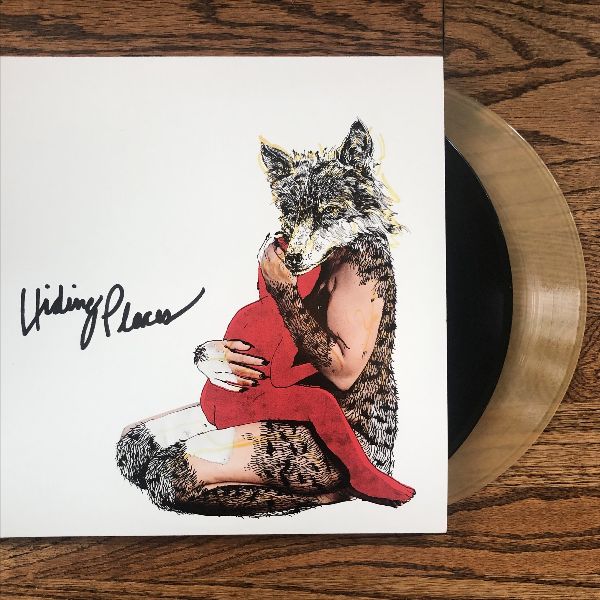 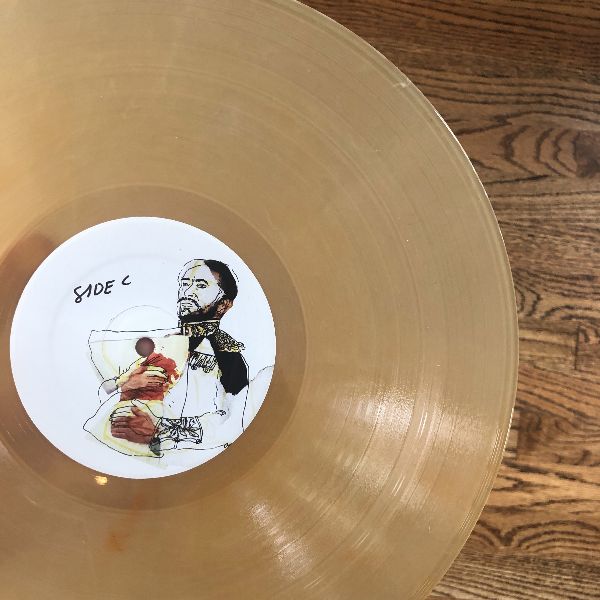 Hiding Places is a collaborative album from Brooklyn-based rapper billy woods & Los Angeles beat scene veteran Kenny Segal. The original album was released by Backwoodz Studioz on March 19, 2019 & was met with almost universal critical acclaim. It’s original pressing went out of print almost instantaneously, which left many fans scouring Discogs (good luck!) and petitioning us to do a repress. As a label, we at Backwoodz take pride in our physical objects; in creating original artwork that will stand the test of time, and in issuing limited pressings that stay limited. We had always resisted repressing a piece of vinyl and even when the demand for Hiding Places built to a fever pitch during 2019, we stuck to our guns. Still, by the end of the year, as the AOTY nominations kept rolling in, we knew we had to do something. But we also were determined not to sacrifice the uniqueness of that first pressing. So we decided to commission all-new artwork & press up the instrumentals as well & put it all together as a GATEFOLD 2XLP. So, on top of the best album of 2019, you get Kenny’s incredible instrumentals, available on wax for the first time!

On its face, it seemed an unlikely pairing; woods – who moonlights as 1/2 of dissonant rap duo Armand Hammer – is a chaotic force, the warped relic of an NY indie-rap wave that never happened. Meanwhile, Segal has been in L.A. for 20 years; from paying dues with Project Blowed to pushing the culture forward with Busdriver & Milo. All the while, his soulful, dreamlike production was precariously tethered to earth by the right drums or rumbling bass.

But look closer & it makes more sense. After all, Segal lent his production to a couple of songs on Paraffin, Armand Hammer’s critically-acclaimed opus, & the two artists have more than a few shared collaborators: Open Mike Eagle, ELUCID, and Hemlock Ernst amongst them. Hiding Places finds both artists deep in the labyrinth. Segal’s lush soundscapes have a new edge & woods’ writing is at its most direct. Hiding Places is a child’s game: funny & cruel, as brutal as a fairy tale. The album features familiar names from both artists’ well of collaborators with ELUCID, Self-Jupiter, Blockhead, & MOTHERMARY making contributions.

WE ARE TRYING TO SHIP OUT ALL ORDERS ASAP WHILE UNDER “SHELTER AT HOME” RESTRICTIONS! 25% OF PRE-ORDERS HAVE ALREADY BEEN PROCESSED, BUT OUR CURRENT RESOURCES ARE VERY THIN. ALL ORDERS SHOULD BE SHIPPED BY THE UPCOMING WEEK. KEEP AN EYE OUT FOR YOUR TRACKING NUMBER AS YOU WILL RECEIVE AN EMAIL (check spam if you have Gmail). PLEASE BEAR WITH US AS WE ARE WORKING HARD TO GET YOUR ORDERS OUT DESPITE CURRENT RESTRICTIONS & WORK STOPPAGES. IF YOU HAVE AN ISSUE, YOU CAN CONTACT US FOR SUPPORT, BUT PLEASE BE PATIENT.

x
We save your email and cart so we can send you reminders - don't email me.